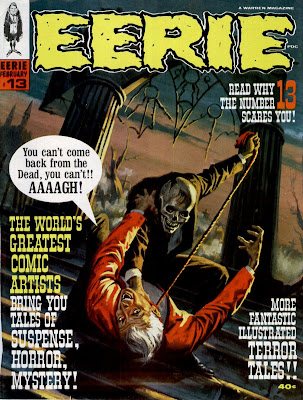 Of particular fame (or is it infamy?) in Warren Publishing lore is Creepy #1's "The Success Story," written by Archie Goodwin and expertly drawn by Al Williamson, which legend has it 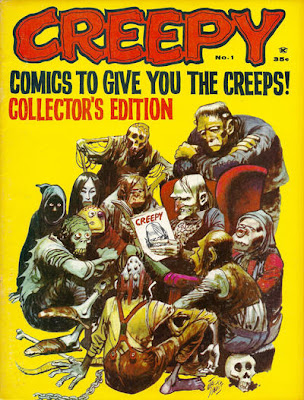 was based on a real-life comic strip artist, Don Sherwood, who, according to George Evans and others, over-relied on "ghost" artists—behind-the-scenes creative contributors who received no credit. The tale, a scathing critique of that all-too-common practice in cartooning of signing one's name to another's work, was allegedly about Sherwood (cast here in the guise of smug comic-strip artist "Baldo Smudge") and his daily strip, "Dan Flagg." Williamson, renowned for using photographic reference, looks to have used the likenesses of Archie Goodwin, and artists Angelo Torres and Alden McWilliams, with Al himself serving as model for Smudge. (It should come as no surprise that all of these creators, also Warren contributors, worked uncredited on "Dan Flagg." Ahh, sweet revenge...!

Note: Eerie #13 reprints this story as it originally appeared in Creepy #1. 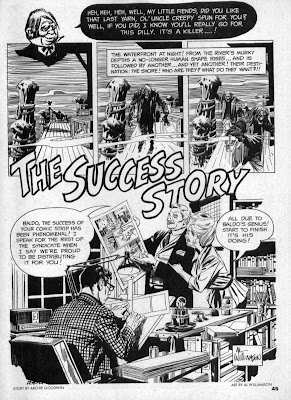 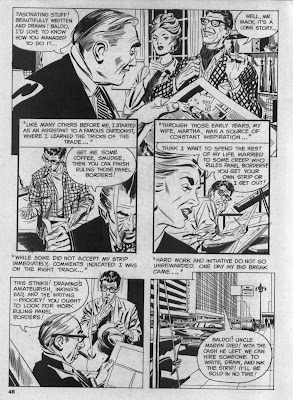 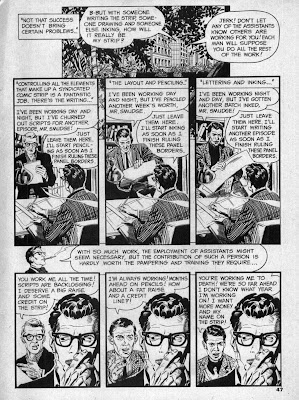 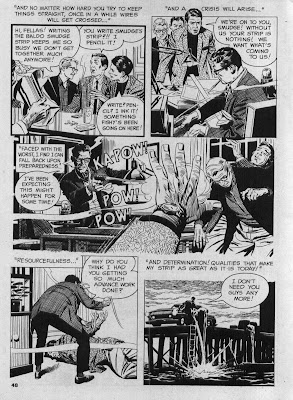 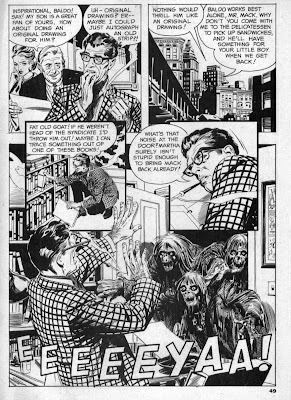 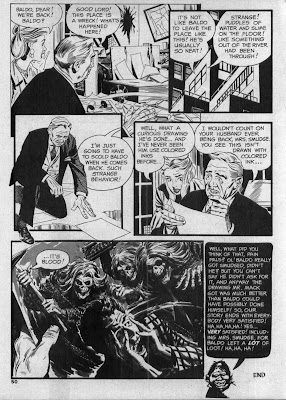 Posted by The Executioner at 10:00 PM

That's a great cover. I swear I've seen that pose before. Was it swiped from a Berni Wrightson panel?

You certainly have a better eye for details if it was, but I checked with the Grand Comics Database and it states that the cover art was reprinted in Eerie Annual #1971. Perhaps Bernie Wrightson has some published work inside the magazine, but I don't own a copy of the magazine to say.

Either way, my sincere apologies for the delay in posting your message as I ended up taking more time off from the Internet and my blogs than I really meant to. 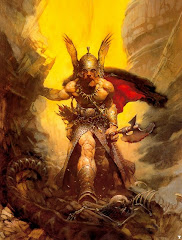